Pointing to the worldwide attention the closure of pubs received at the beginning of the Covid-19 crisis, the Licensed Vintners Association believes that the re-opening of some 450 of them in Dublin this week will be a signal that the country is on the road back to normality. 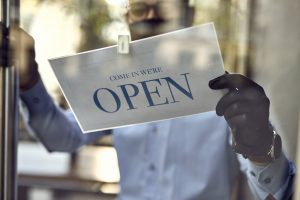 The partial opening of the country’s pubs will enable publicans to start rebuilding their businesses after three months of enforced closure, stated the Vintners Federation of Ireland, but it will also introduce an onerous responsibility on them to ensure new health guidelines are properly enforced.

Pubs will have been closed for 105 days by the time the first pubs who’ll serve food re-open today. During that period of closure the vast majority of pubs had zero income and most of the 50,000 people employed in the industry were unable to work.

The LVA estimates that nearly two out of every three pubs in Dublin will resume trading in the coming days.

However ‘wet pubs’ or pubs that don’t offer food will not be allowed re-open until the the 20th of July.

Many pubs have been undertaking extensive work in preparing their premises for re-opening.  This includes implementing social distancing between tables, closing off bar counters, installing hand sanitiser stations at entrance points and throughout pubs, instigating advance booking procedures, taking steps to collect the name and contact details for the lead member of each group, providing training to staff, creating menus that adhere to the guidelines and ensuring the compliance of their toilet areas as well as many other measures.

“With the public health situation improving, the re-opening of pubs will be an indicator of Ireland’s emergence from the lockdown,” said the LVA Chief Executive Donall O’Keeffe, speaking about the re-opening, “It will signal to the outside world that our country is beginning the journey back to normality and our economy is once again open for business.

“It is of the utmost importance that any pubs that are re-opening this week ensure they’re closely following the guidelines,” he stressed, “We need to show that not only are the pubs open again, but that they will provide a safe and comfortable environment to their customers and staff.

“Speaking to publicans across Dublin we understand there has been a strong interest from the public, with a significant level of customer bookings confirmed for the opening week. There is a demand out there for the re-opening; it will now be up to each individual pub to make sure they provide an environment that maintains public confidence and allows them to continue to trade,” he concluded.

60% of VFI members not opening today

The partial opening of the country’s pubs will enable publicans to start rebuilding their businesses after three months of enforced closure, stated the Vintners Federation of Ireland, but it will also introduce an onerous responsibility on them to ensure new health guidelines are properly enforced.

“There is a pent-up public demand to return to the pub” said VFI Chief Executive Padraig Cribben, “mixed with some natural anxiety but we’re hopeful the considerable time and money spent by publicans ensuring their premises are as safe as possible will reassure the public that hospitality remains at the heart of our pubs.

“While the introduction of the one-metre distancing rule will make a substantial difference to our members’ ability to trade, there remains many challenges within the guidelines for publicans to surmount. The 105-minute ‘sitting time’, for instance, is a directive our members must implement, but when it comes to policing the rule they’re left to their own devices.

“What’s very clear at this early stage is that publicans, staff and customers will have to work together to make the re-opening a success. Technically, the guidelines are not law but the Health & Safety Authority has the power to close premises while any publican flouting the guidelines could encounter difficulties when it comes to renewing their pub licence in September,” he added.

While there will be considerable interest this week as some outlets re-open, most pubs will remain closed until the 20th of July.

“It’s important to remember that the majority of pubs are not opening on 29th June,” he pointed out, “In fact more than 60% of our members will remain closed until phase four in three weeks’ time. There will be huge scrutiny of the pub trade in the interim, probably to a greater extent than any other sector re-opening in phase three. Publicans and their customers are now on a steep learning curve where mutual respect will be crucial,” he concluded.

Meanwhile a new campaign seeks to boost consumer confidence and drive excitement about a safe return to Ireland’s hospitality sector.

Reopening with Respect was launched by Drinks Ireland to encourage consumers to act respectfully and #BeSound when returning to their favourite pubs, bars and restaurants in the coming weeks.

The campaign aims to support the work being done by the Government and venues in introducing new guidelines and safety measures across the hospitality sector. The campaign has also been launched to support the relevant agencies including Fáilte Ireland which has also launched a new campaign of its own in ‘Staycation’.

The Reopening with Respect campaign will encourage consumers to ‘respect the guidelines’ set out by individual venues upon re-opening. They’ll be asked to ‘respect the staff’ by being patient and cooperative and to ‘respect each other’ to ensure the experience is enjoyable for everyone.

The campaign will be digitally-led at first, with a campaign toolkit available to drinks brands and the on-trade sector.

Both the VFI and the LVA have endorsed the campaign. Consumers will be asked to ‘respect the staff’ by being patient and cooperative and to ‘respect each other’ to ensure the experience is enjoyable for everyone.