Consumer spend in pubs was estimated at €1.01 billion last year according to the AIB which published its Hospitality and Tourism Outlook for 2019. The report gives a holistic view of the industry using card spending data on a national and regional level across the sub-sectors of accommodation, restaurants, pubs and attractions. 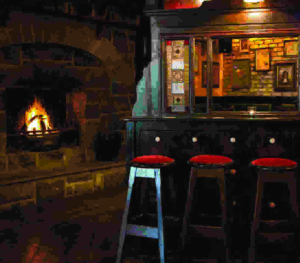 “Regional pubs have had to work harder than ever before to make themselves a destination for people to travel to…”.

The figures quoted were compiled for the most part from AIB Merchant Services card data over the 12-month period.

UK spend on beverages contributed 10% to the overall beverage market while the North American (5%), European (3%) and the Rest of the World comprised the remainder.

But by far the greatest contribution came via domestic spend which accounted for over 80% or €4 out of every €5 spent on beverages. The importance of the domestic market was also highlighted in the food sector where the domestic customer accounted for 77% of spend with the UK tourist accounting for 13% and North American tourists 5%.

Spending in pubs in Dublin contributes to almost half (47%) of the total spend in pubs across Ireland while spending in Cork contributed 9% of national spend and Galway 8%.

Last year represented an unprecedented year for the hospitality industry which saw the highest levels of international visitors and spend on record according to David McCarthy, Head of Hospitality & Tourism at AIB.

In AIB’s Hospitality and Tourism Outlook for 2019 he states, “Dublin Pubs have performed really well over the past number of years and despite the rising challenges appear to be sustaining and growing revenues further. The quality and range of offering in Dublin is top class and the city’s pubs are regarded as some of the best in the world.

“The trading environment across rural or regional Ireland, however, is not always the same story and the trend of rural pubs closing their doors has continued as it becomes unsustainable for small rural villages to keep a number of pubs in operation,” he adds, “Regional pubs have also had to work harder than ever before to make themselves a destination for people to travel to and with drink-driving laws, the main shift has been towards the gastro-pub offering as well as entertainment offerings to provide great reasons for people to make the journeys required.”

Consumers spent an estimated €1.98 billion on dining out in Irish restaurants last year with spend in Dublin in the region of €1.08 billion. Cork restaurants pulled in €196 million last year while Galway restaurants are estimated to have taken in €115 million.

When it comes to breakdown of spend, domestic spend accounts for just under €8 of every €10 spent in Irish restaurants while spend from the UK makes up just over €1 in €10.

Gastro-pubs and high quality hotel food offerings have raised the bar in the restaurant sector in terms of the quality of offering, says David McCarthy.

“There are now more Irish food suppliers than ever and using local and organic ingredients from Irish suppliers has really caught on in the industry. A huge volume of eating places are operated from leasehold properties, the costs of which have risen strongly over the past number of years. With rent and rates being large costs on the business before anybody even enters the restaurant, it is a highly volatile and high-risk sector to operate in.

“For food businesses to be successful they generally require a highly-skilled labour force that can provide quality customer service and Irish hospitality and there are so many examples across the country of operators doing this really well.

“Again regional operators have the additional challenges of shoulder seasons, lower footfall and high level of competition and with food trends that change so quickly operators need to be able to change their business models fast to stay relevant.”

Overall it’s estimated that consumer spend in hotels was €4.5 billion in 2018 with domestic spend making up almost half (46%). UK spend comprised 24% of the total while North America  comprised 18%, Europe 7% and the rest of the world 6%.