Bar sales were down 4.3% in volume last November compared to the same month in 2018 as values fell 2.5% according to provisional seasonally-adjusted sales figures from the CSO. 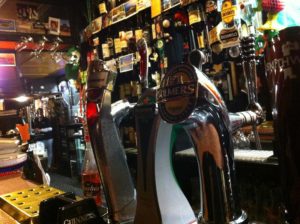 Bar sales volumes were down 4.4% in October compared to September while values were down 2.5%.

But compared to October, November’s bar sales figures showed an increase of 2.1% in volume and 0.4% in value.

Across the three-month period September to November bar sales volumes were down 3.2% compared to the same quarter in 2018 while values were down 1.5%.

And compared to the directly previous quarter in 2019 – June to August – bar sales volumes were up 0.1% while values showed an increase of 0.7%.